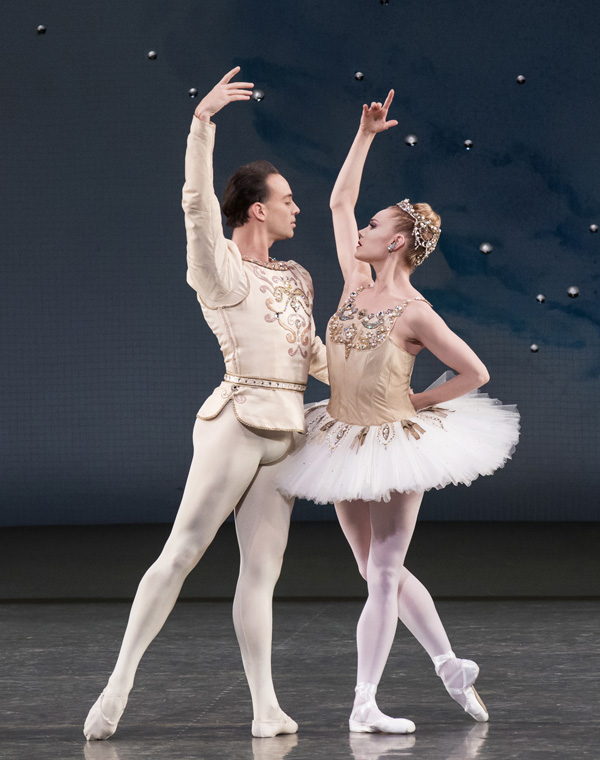 “Fittingly, NYCB’s most starry principals—Sara Mearns and Tyler Angle—led the cast of Diamonds, also with music by Tchaikovsky. Mearns is able to imbue non-narrative, formal dance with implied drama. And while there are some fleeting gestural cues in Diamonds that hint at a shifting relationship with Angle—a caress or a tug away—it is primarily her attitude that conveys some hidden emotional subtext. Add to that her impressive technical ability—the skill to be daring and push physical limits while ultimately staying in control (even in quicker sections that might favor an allegro specialist).”

Fill out the form below to send a direct email to Sara with your question, comment, or message.